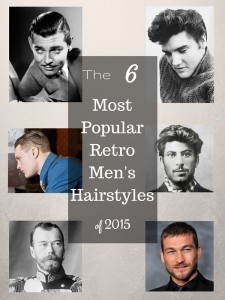 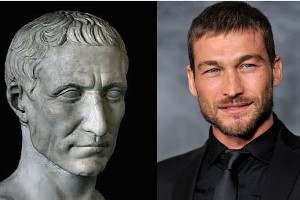 For 2,000 years this classic men's hairstyle has seen it's share of comebacks.  It sometimes goes out of style but always becomes relevant again.  It's simply a short men's haircut that is combed towards the forehead.  Though Julius Caesar took on this vintage hairstyle to hide a receding hairline (Not something I recommend! Read about how to deal with going bald.) it works for just about any hair type.  You don't need to use too much hair product or use anything with too high a hold to maintain this hairstyle.  A good medium hold medium shine forming cream should do the trick. 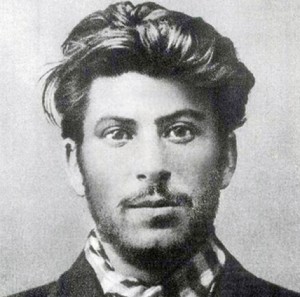 I am embarrassed to admit, but, when a customer recently requested the Young Stalin haircut, I thought he was referring to a new Hip-Hop artist.  I was shocked to learn he actually meant the Soviet dictator.  Genocidal tendencies aside, this guy somehow has become a fashion plate for the modern man.  If you have long and thick hair, then this style will work for you.  There's a lot of hair to control with the Young Stalin haircut. You'll need something high hold and whatever shine you like.  I would recommend a good fiber for this with a matte shine. 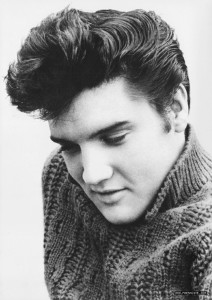 It seems like the 50's never really go away.  Just when you think that decade's classic men’s hairstyle is out, it comes roaring back in.  And the King is usually leading the way.  The Pompadour is back.  Though not always the greased, slicked back hairstyle.  Although that has it's place still, the messy haircut that you see in the above picture is what most guys have been asking the barbers for in our barbershop.  For this style, break out the classic pomade.  As an added bonus, most pomades these days smell great! 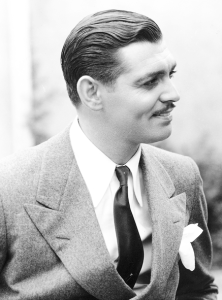 It seems like men’s hairstyles from the late Victorian Age to 1940’s hairstyles, is in right now.  Many guys lately are looking for something similar to this look by Clark Gable.  It's really just a regular men’s haircut with a side part.  Since it is a little longer on top, you will need to use some hair product. Pomade or similar products will not only keep the hair in place but will give that unmistakable 1930's Hollywood era hairstyle. To maintain this hairstyle you will need a good hair paste or clay.  Something with enough hold to get you through the day. 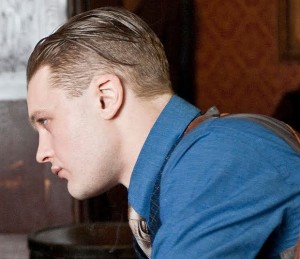 brought back many hairstyles of the Prohibition Era.  Some of those men’s hairstyles were classics that never went out of style.  But the Undercut is by far the most popular right now.  There are many different ways to do it too.  It’s basically a haircut that is buzzed high on the sides with no taper and left long on top to either fall over the sides or swept back.  Lately we are seeing more guys get a hard side part shaved onto the head. The undercut hairstyle for men has become very mainstream, so I’m not sure how long the trend will last, however.

For hair product you might want to consider a matte pomade. Something with decent hold but you can move around if you want it to.

Read: Is the Undercut Going Out Of Style? 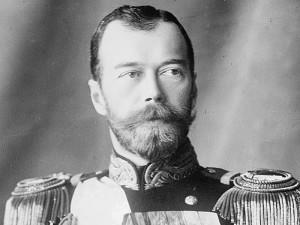 This retro haircut doesn't necessarily have a name.  But there are many guys trying to approximate the Tsar Nicholas II look without even knowing it.  With a tight regular haircut, side parted and short on top with a well groomed beard, this look is can be achieved by most guys.  It's really just a classic side-part haircut, on the short side.  Again, I recommend a good medium hold medium shine men's grooming cream.  You're not going for a complicated hairstyle so you don't need to bring out the big guns for this one.